Periods in Nepal: a harmful tradition turns girls into untouchables Periods in Nepal are treated as something dirty, impure and contaminating. Girls and women are alienated from society as well as their friends and families during their time of the month. They are forced into harmful social restrictions and have to face inhumane conditions and humiliation.

Why are periods in Nepal dangerous?

The reason for that lies in a Nepali tradition called Chaupadi Pratha. Actually, it was banned by law in 2005 but is still commonly practiced in the mid and western regions of Nepal.  This tradition stipulates that menstruating girls and women are dirty and impure. They are not allowed to enter the kitchen, to attend school or interact socially.

The most dangerous part of practicing Chaupadi is when girls and women are forced to leave the house. In most cases, that means moving to a small shed in the woods, animal sheds or so-called mud huts. These huts, apart from being dirty, dark and small, hardly ever give adequate shelter against wild animals, rape or the cold.

Where does this tradition come from?

Like so many traditions, it has its roots in religion. The story is simple: there used to be a king of the gods, who committed a great sin. To make up for his horrible doings, he created menstruation, forcing women to suffer for and with him on a monthly basis.  The Hindu scriptures state that while menstruating, women are highly infectious and spread viruses through their mouth and limbs, marking them as dangerous, impure and turning them into untouchables.

Women are not allowed to touch food, their loved ones or sleep in their own house. More than once, the women forced to sleep in the shed have died. The Guardian made a poignant photo gallery portraying menstruating women in Nepal.

A 15-year-old reclaims periods in Nepal

Especially in the rural areas it’s difficult to break with these traditions that are so deep-seated  in the mindset of society and justified by religion. But in Kathmandu, the capital of Nepal, a 15 year old girl has started to reclaim her period.

Prakriti Kandel has had enough of the injustice so many women and girls have to face, just because they happen to menstruate. After educating herself on the biology of menstruation, she started writing a novel, turning menstruation from a sin into a superpower.

And she is not alone. There seems to be a light stir, trying to break this social stigma – even if it is still a quiet and very slow awakening rebellion. Throughout the country, there are women holding talks at schools, going to work while having their period despite what tradition says. They are educating other girls about the choice not to practice chaupadi. 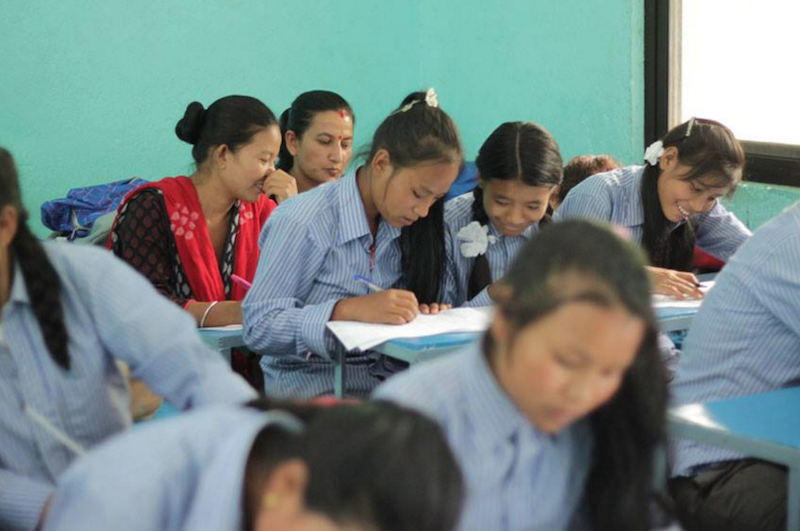 Another project with the mission to destigmatize periods in Nepal was held by WaterAid. Girls were asked to take pictures of all the things they’re not allowed to touch while menstruating.

Sirthauli, one of the girls equipped with a camera reports: “I was told that if I touch them, the pickles will start to rot. But, I thought that was not possible so, I touched the bottles of pickles when nobody was around. And nothing happened to the bottles with pickles. It never decayed or ever smelled bad. After that I realized that not touching pickles during menstruation was nothing but superstition and it is wrong!”

Putali Nepal is on a mission to help menstruating girls in Nepal. They create a safe environment to talk about menstruation. Anna and Linda started Putali Nepal as an IndieGoGo campaign and have now grown into a full-blown amazing initiative.

Putali Nepal organizes menstrual hygiene management workshops in the Makwanpur district of Nepal. During these workshops, they also provide a healthy menstrual product, a Ruby Cup, to girls and women. Check out their website for more information and see how you can get involved! 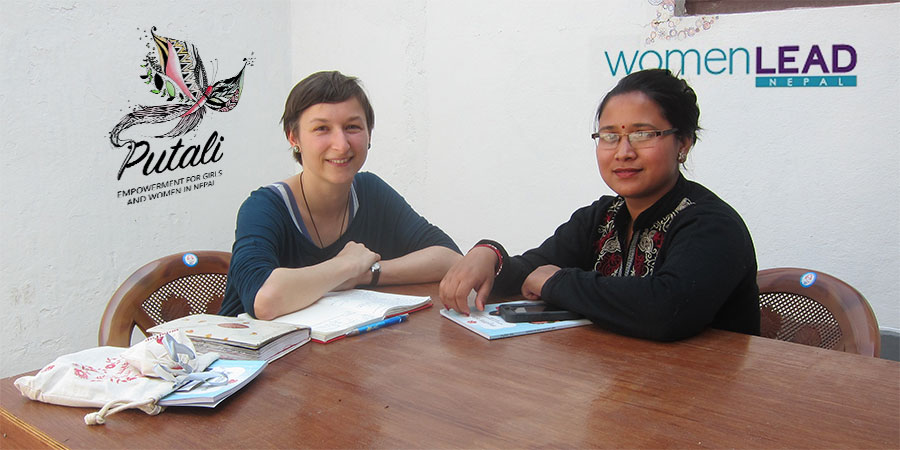