This couple has given more than 6000 girls better periods, grades, and a better understanding of their own body

The conversations about periods in Western Kenya would be a lot different or perhaps almost non-existing if it wasn’t for Golda Sawala Ayodo and Bernard Otieno Obera.

This couple constitutes the brilliant minds behind the Golden Girls Foundation, one of Ruby Cup’s locally based partner organisation. Its name is a play on Golda’s name, and according to her it also hints at a bigger idea: “Kenya is known for its gold winning runners. I wanted girls to run for gold in life.”

Golda and Bernard, who is dubbed Ben by his friends, realized that Kenyan girls had serious disadvantages in school compared to their male classmates at a prize giving ceremony at a primary school.

Are girls really lazier than boys? Looking beyond the obvious

Ben was there in his role as chair of the school, Golda was a guest of honour. She noticed that only the boys were awarded with prizes, while the girls all went home empty-handed. When she asked around why that was, she was told that girls were just lazy and didn’t work as hard as the boys. Many of them, the teachers said, just dropped out. So she decided to sit down with all the girls from one of the classes. They were seven in a class of 30.

In conversation with these girls, she found out the real reasons for the low attendance rate and bad grades. “The ground is not even. Girls have to do more house chores, and they have no time for homework. They have to fetch water while the boys are out playing football.”

The ground is not even. Girls have to do more house chores, and they have no time for homework.

Even though primary education is free in Kenya, not every family can afford secondary education for all their children. “When you have to choose between sending a boy to school or a girl, you will always choose a boy”, explains Ben.

Girls become more expensive than boys at a younger age. They grow more quickly and need money for school uniforms in growing sizes as well as for sanitary products. For this reason, many girls are being married off early. “It’s a way for parents to delegate the responsibility to somebody else”, as Ben puts it.

When you have to choose between sending a boy to school or a girl, you will always choose a boy

Golda also found out about a few other difficulties for girls: If they couldn’t afford sanitary pads, they had to stay home during their period so they wouldn’t stain the valuable school uniforms. Parents were also worried about girls being attacked on their way to and from school.

After assessing the students’ needs, Golda decided to act. She got the girls uniforms, shoes, and books, as well as sanitary pads. She talked to their parents about taking over their responsibilities in the house instead of shuffling off the housework to their daughters.

And she talked to teachers about the insensitive, sexist language they often used, words that led to girls becoming even more insecure about themselves.

Fast forward one year to the next prize giving ceremony: Out of the five subjects in 8th grade, four exams were topped by girls – unheard of! That’s how the Golden Girls were born in 2010. The foundation was officially registered in 2011.

Golda did not stop there. She realized she wanted to help more girls, but needed more funds and more helping hands. So she went around to the schools and asked them to recommend women that were not necessarily educated, but could motivate the girls. She found more and more volunteers and trained them to be mentors.

To motivate the mentors to stay in the program and go to the schools, they started school projects. They were farming poultry, planting vegetable gardens and learning how to make soap and floor mats to sell. 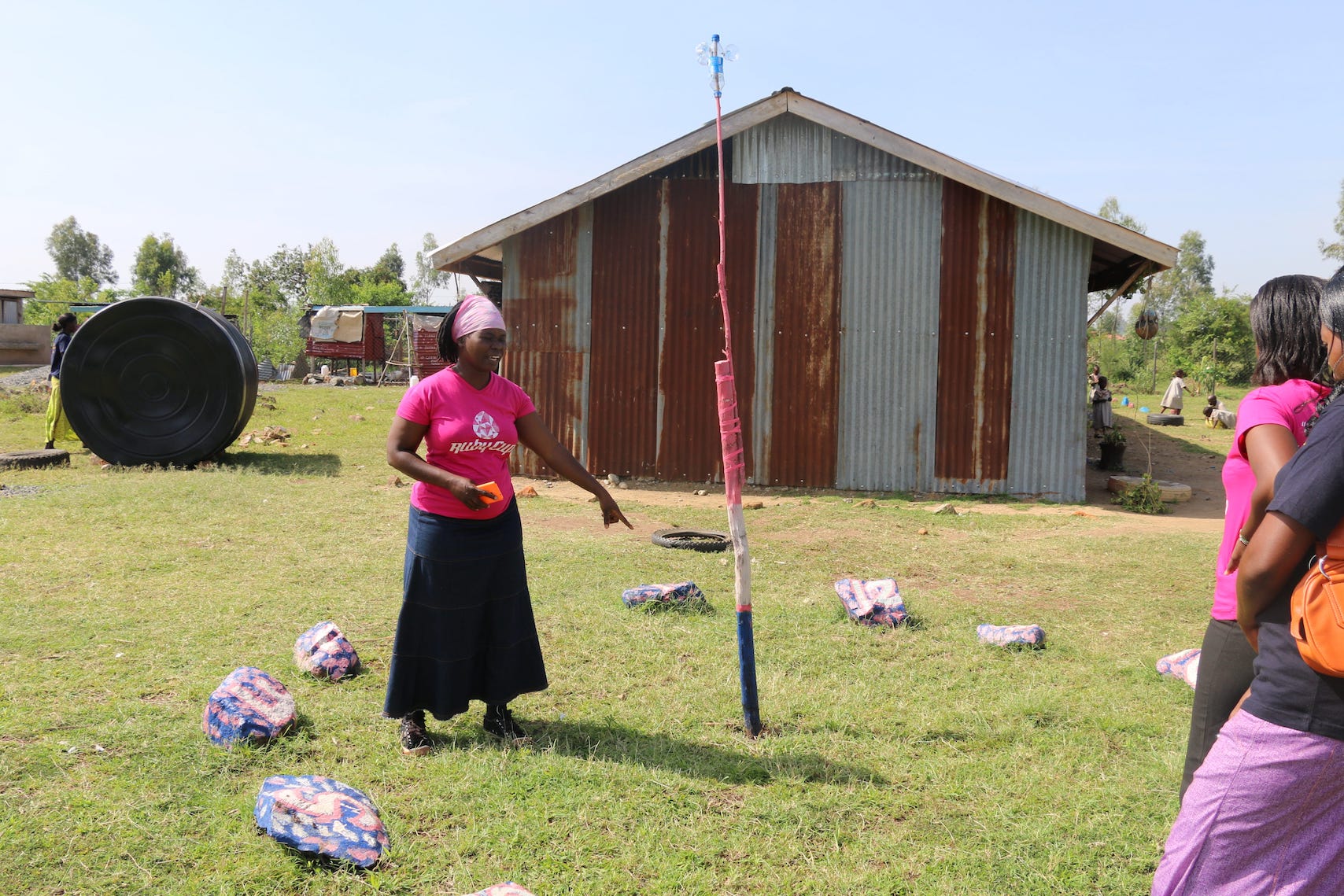 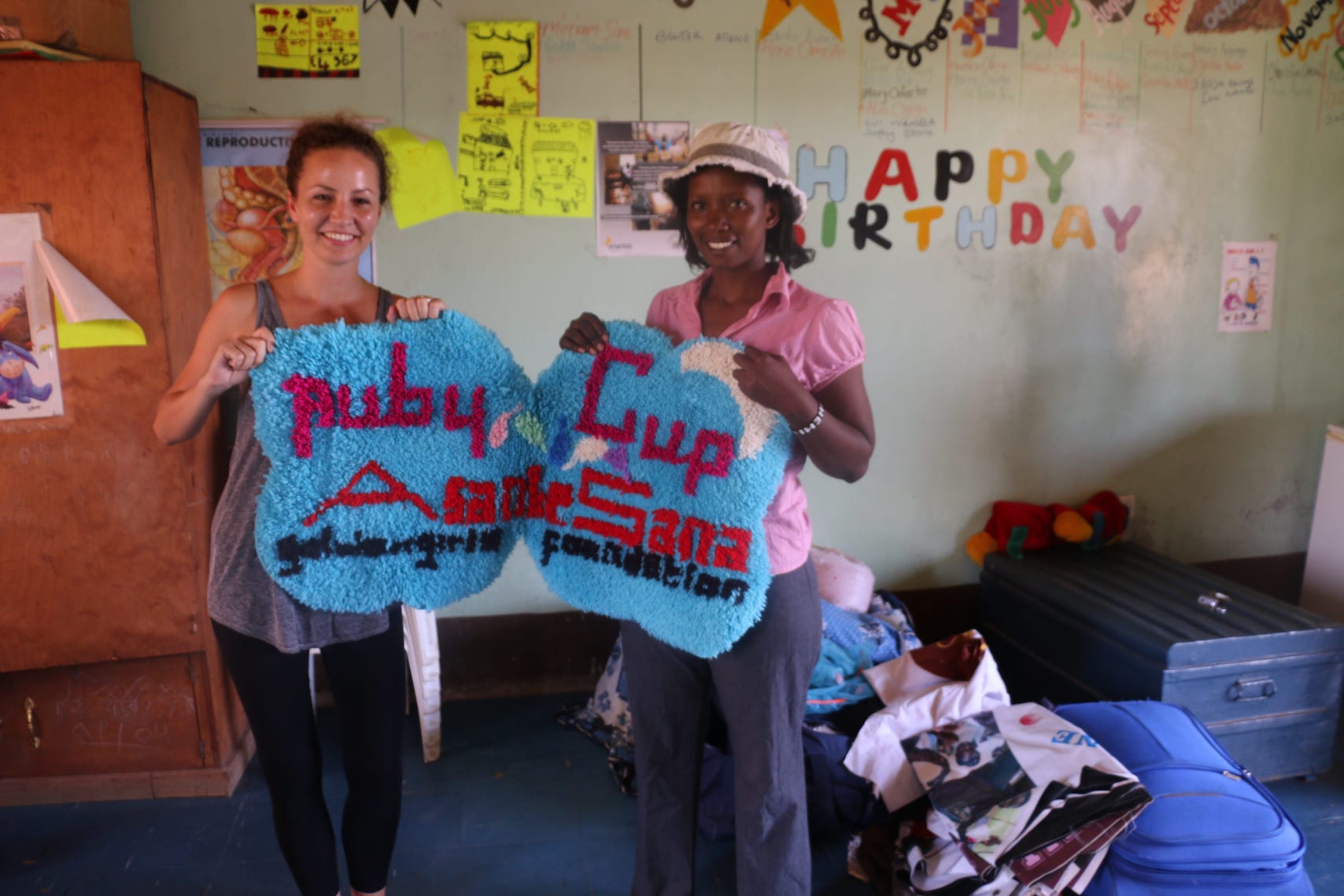 When the students started going to secondary school and taking over their mentors’ education level, some of the girls were becoming rebellious. So Golda and Ben hired an adult education teacher for the mentors.

The Golden Girls were growing quickly, and so were their financial needs. Soon, they realized that providing the girls with sanitary pads was not a sustainable solution. That’s when Ben made the first contact with Ruby Cup. It was a match made in heaven: Ruby Cup was able to provide them with support for administrative purposes as well as a sustainable, long-term period solution for hundreds of girls through their Buy One Give One program. In turn, the Golden Girls Foundation became a reliable locally based partner for distributing the cups and educating girls.

In 2016, the Golden Girls took another big step when the Golden Foundation Learning Centre was established. This school provides an alternative “Education for Sustainable Development”, as their school motto says. 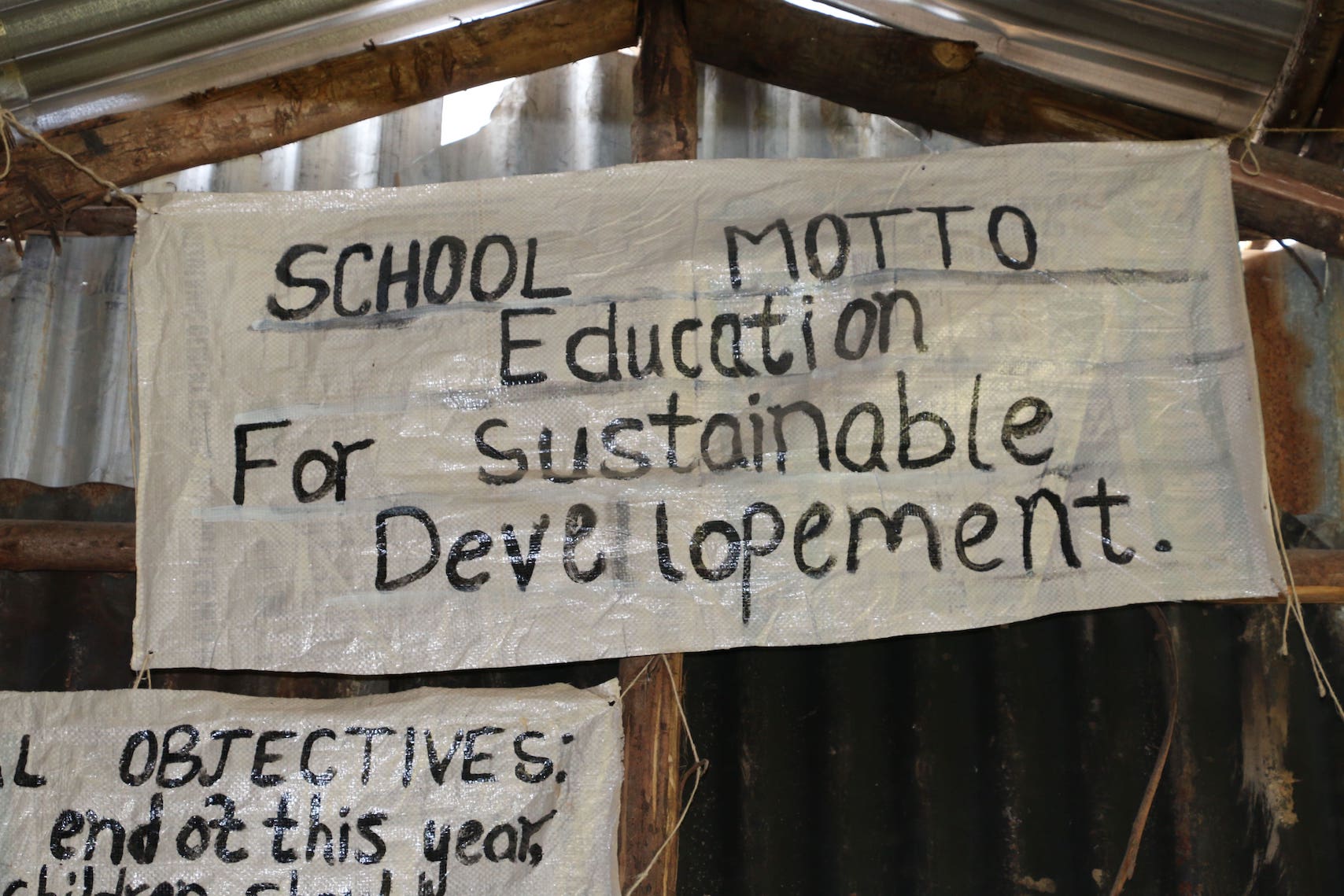 Golda and her team started it as a Kindergarten, and it has been growing with the students ever since. Every year, one more class is added. The school was started with funding from Ruby Cup, but has already broken even through parents paying school fees.

Golda walks me around the school grounds, shows me the vegetable garden, the poultry cages, and the classrooms where the kids are drawing, learning to write numbers, or studying English. 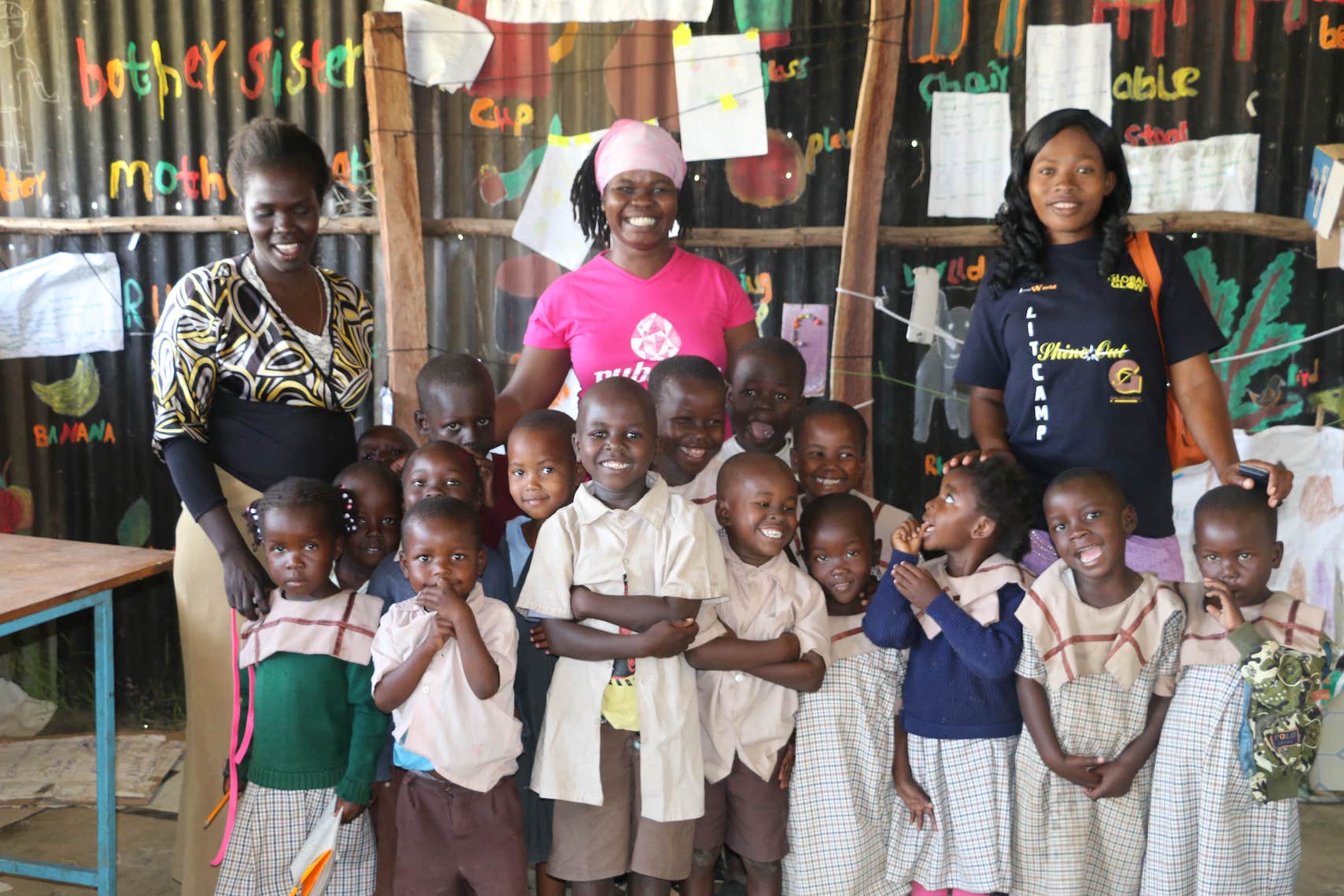 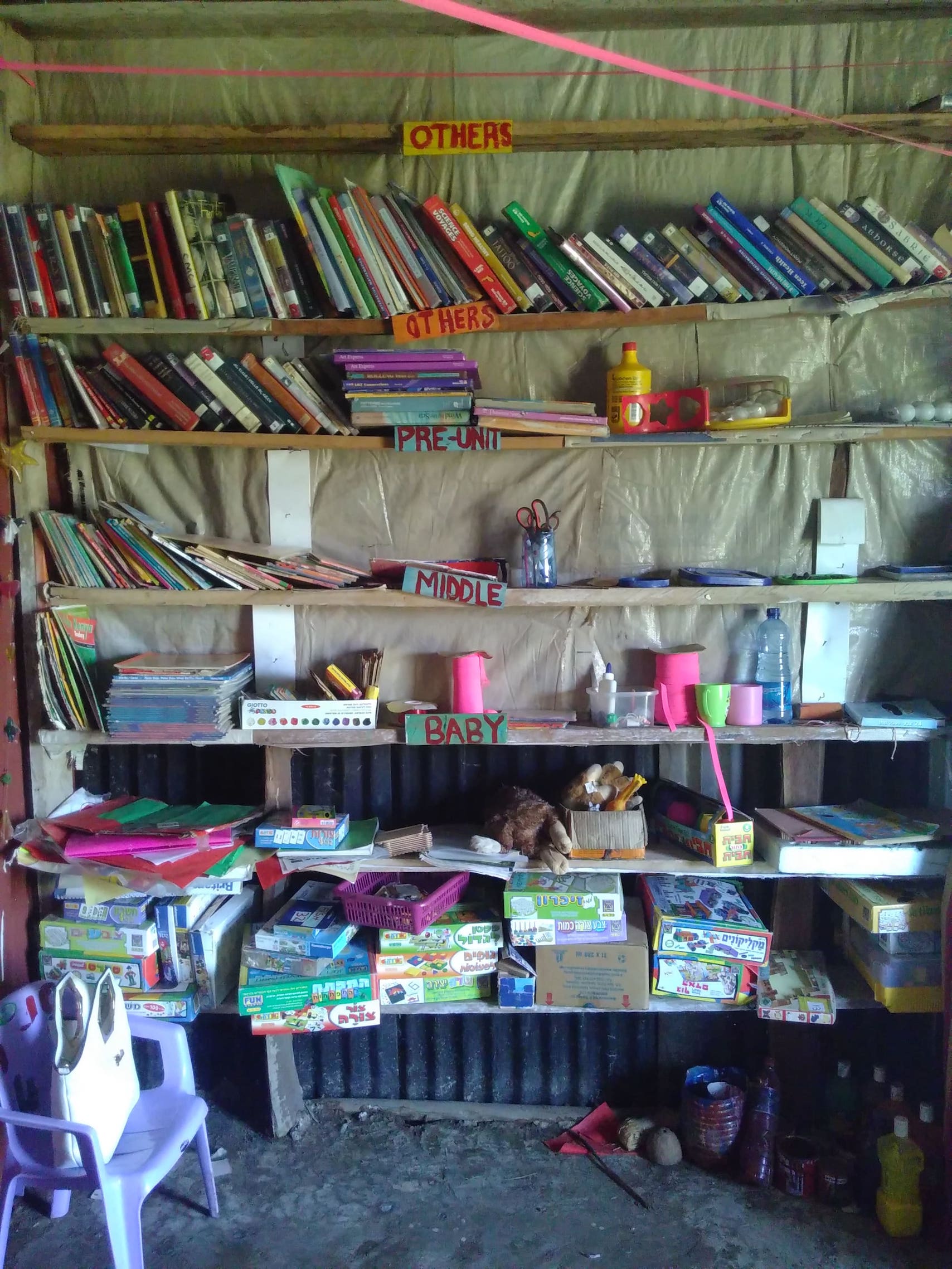 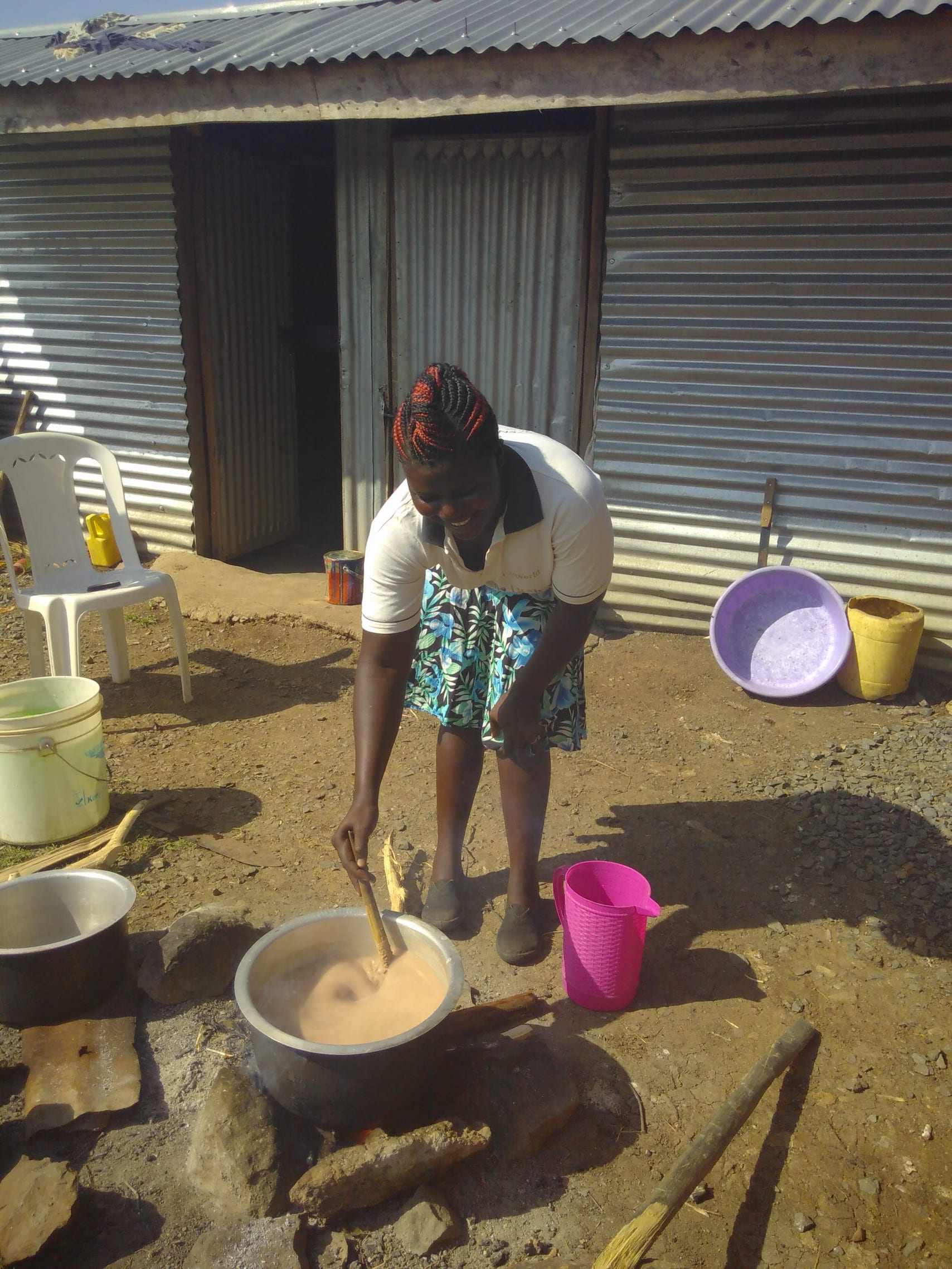 “We’ve been expanding with the demand from the ground. The school now has four employees: three teachers and one administrator who takes care of the kids and cooks subsidized, healthy meals for them. Everyone calls her ‘mum’.” The kids get snacks in the morning, a healthy lunch, and a piece of fruit before they leave.

The school was started with funding from Ruby Cup, but has already broke even through parents paying school fees. 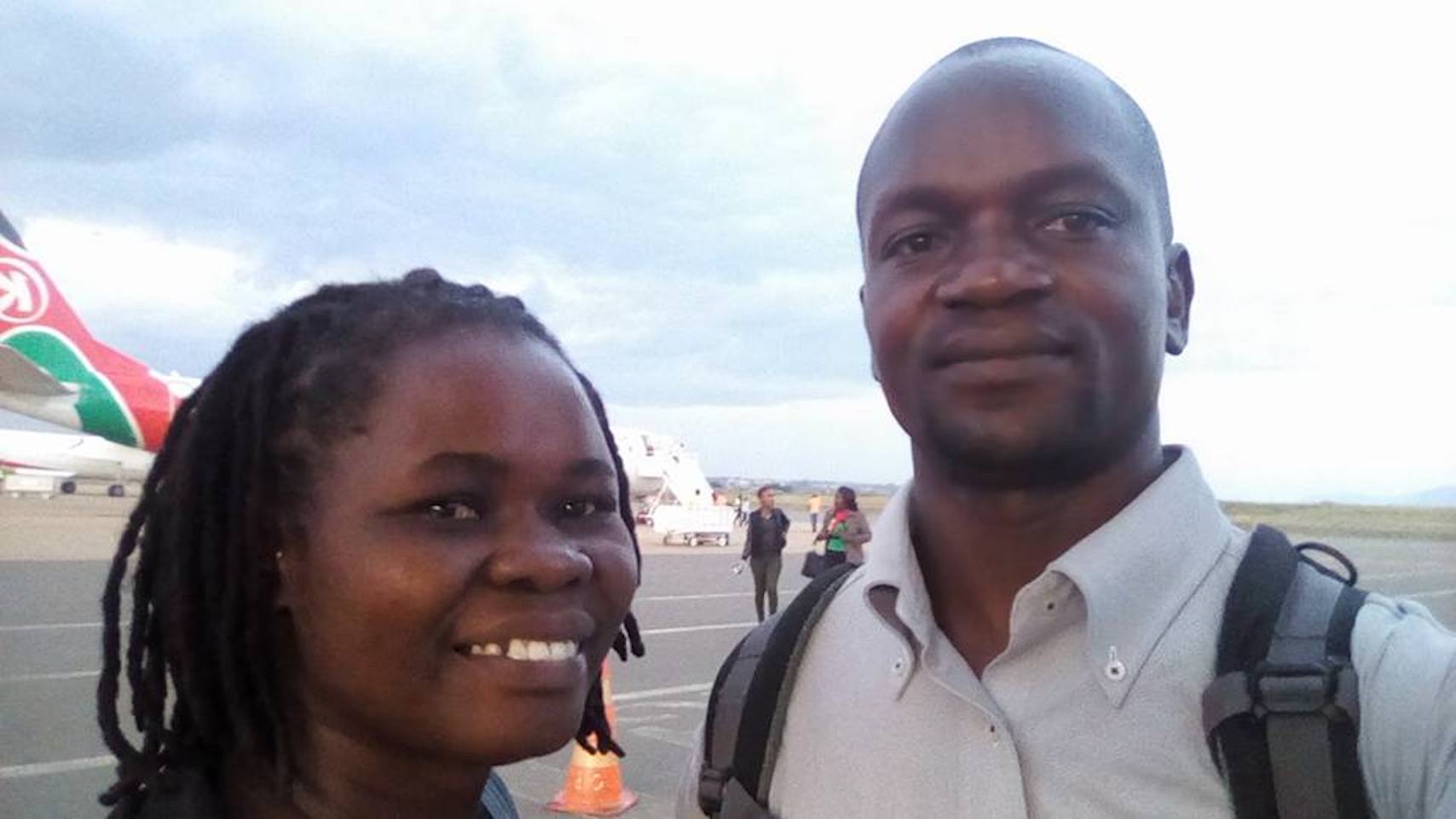 Golda’s and Ben’s two kids are not going to the Golden Foundation Learning Centre. At eleven and nine years, Serena and Lui are already too big to attend the school their parents founded.

Still, being raised by this power couple has its own advantages: “Through the partnership we’ve had, I have learnt a lot about how to speak to and treat our daughter”, Ben tells me. “We raise our kids to understand, uplift and appreciate each other.”

Golda and Ben use their means, professional and free time to empower others. A true empowerment couple – and an inspiration to all of us!

The 3 Main Goals of the Golden Girls Foundation, according to Ben:

2. Empowering girls to be better members of the community

3. Empowering women to form a network to empower girls

Golden Girls has distributed over 6000 Ruby Cups in more than 45 schools in Kisumu County.

This article was written by Ruth Asan. Ruth Asan is a writer and political communication consultant from Germany. She has worked and studied in Berlin, Spain and Kenya. Most recently, she became co-founder of the Savara Women’s Advancement Program (SaWA), a training and mentorship program for young women from Nairobi.